Every parent wants to see their child make things and I am so proud of her.
Morag, Catriona's mum

Catriona loves the weaving and textiles workshop. She also likes working in the canteen and doing some painting.

Catriona lives in supported accommodation during the week and spends the weekends with her mum. Her favourite thing to do is visit the Botanic Garden in Edinburgh.

“Responding to changes in Catriona’s physical needs, Garvald has invested in specialist training for staff to support Catriona into the future,” Caroline says.

Morag, Catriona’s mum, recalls how her daughter had been at a special unit at the Royal Blind School, and she was worried about what she would do for the rest of her life. “Garvald has given her the opportunity to do meaningful work and have social contact,” she says.

“Every parent wants to see their child make things and I am so proud of her,” Morag says. She still uses a stool at home that Catriona made in the joinery workshops, and her weaving has been sold and exhibited at the Botanic Garden, the Royal Highland Show, and in the Mulberry Bush.

“Familiarity is so important for Catriona, and the staff’s work and standard of care never ceases to amaze me. Even after all these years. They are incredibly supportive but they push her to be productive as well,” Morag says. 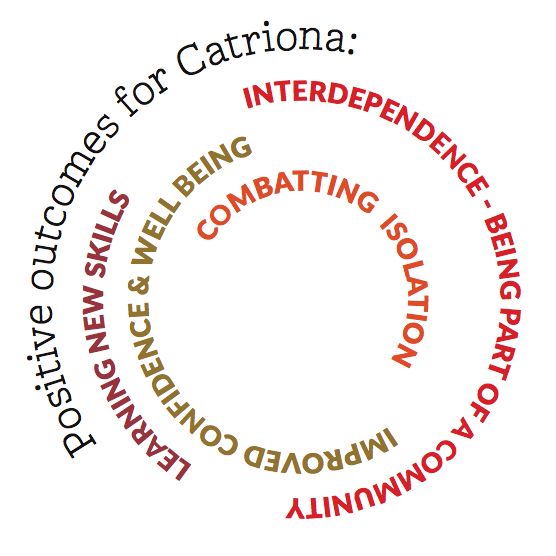